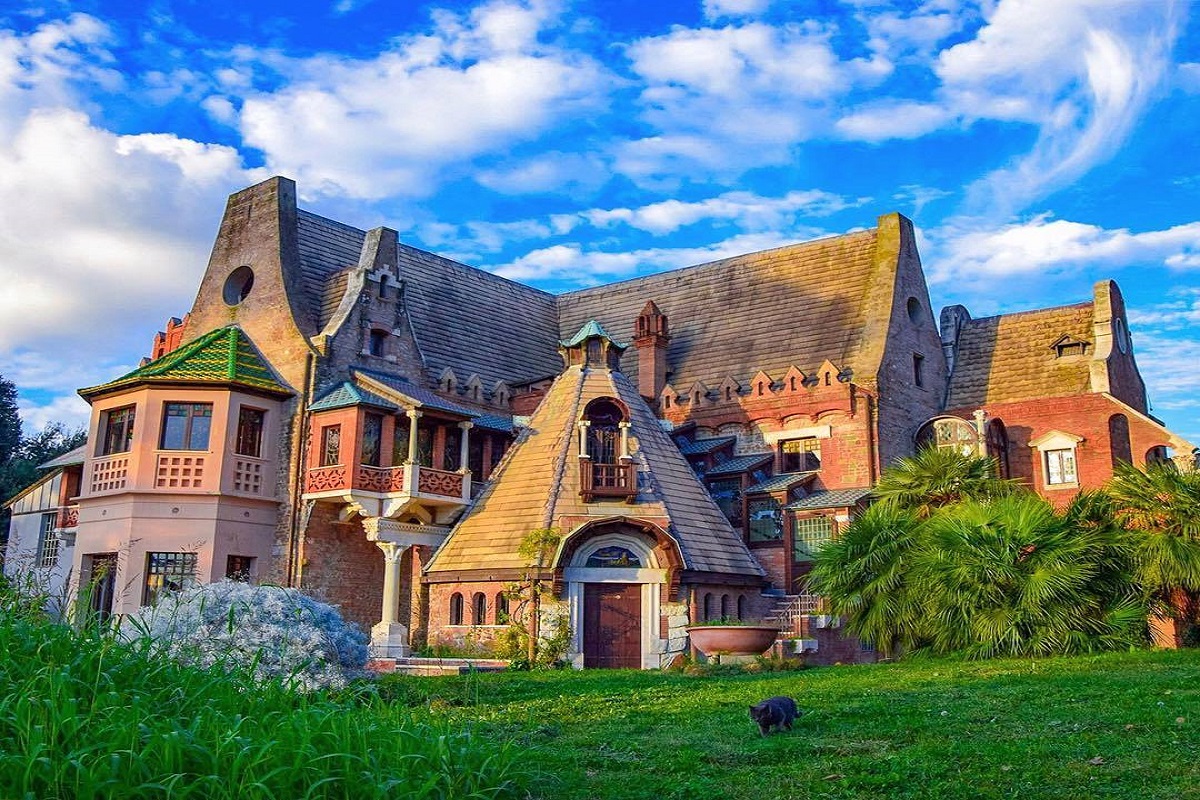 The House of the Owls is a very unconventional place. It is a former residence of the Torlonia family transformed today into a museum and it is located inside the park of Villa Torlonia.

The building was designed in 1840 by Giuseppe Jappelli as a commission for Prince Alessandro Torlonia. It appeared as a rustic construction with an external ashlar covering in tuff and with the interior painted in tempera.

Called Swiss Cabin until 1908, it was then transformed into Medieval Hamlet on commission of Alexander's nephew, Prince Giovanni Torlonia the younger, who entrusted the work to Enrico Gennari. The prince was a lonely and melancholic man, who never married and had no heirs, but who cultivated a particular passion for alchemy, esoteric and owls. It has been his residence until his death in 1938. In this period windows, loggias, arcades, turrets with majolica decorations and glass windows were added.

The first mention as "House of the Owls" dates back to 1916 because of the insertion of two glass windows with representations of stylized owls made by Duilio Cambellotti and, then, in the obsessive insertion of decorations with the shape of an owl in the house. The Art Nouveau details, by Vincenzo Fasolo, date back to 1917.

Today the complex consists of two buildings, the principle house and the annex, connected by a small wooden gallery and an underground passage. These buildings bear little resemblance to the romantic Alpine refuge planned by Jappelli in the nineteenth century, except for the “L” shaped disposition of the walls of the two principle buildings that have a rustic style.

Among many decorative elements, however, the ever-present stained glass is the hallmark of the house. It was all installed between 1908 and 1930 and represents a unique moment in the international artistic scene.

Defining it as a Liberty style building is reductive, because there is a perfect mix of styles typical of all the different architectural phases of the history of Italian art: Roman ruins embedded in the walls, grotesque masks, Gothic windows, Renaissance loggias, columns, balconies, vaults and much more. Imagination and originality are the absolute protagonists, together with the mixture of materials that confuse and bring color and movement to the entire building, making the House of the Owls unique in its kind!