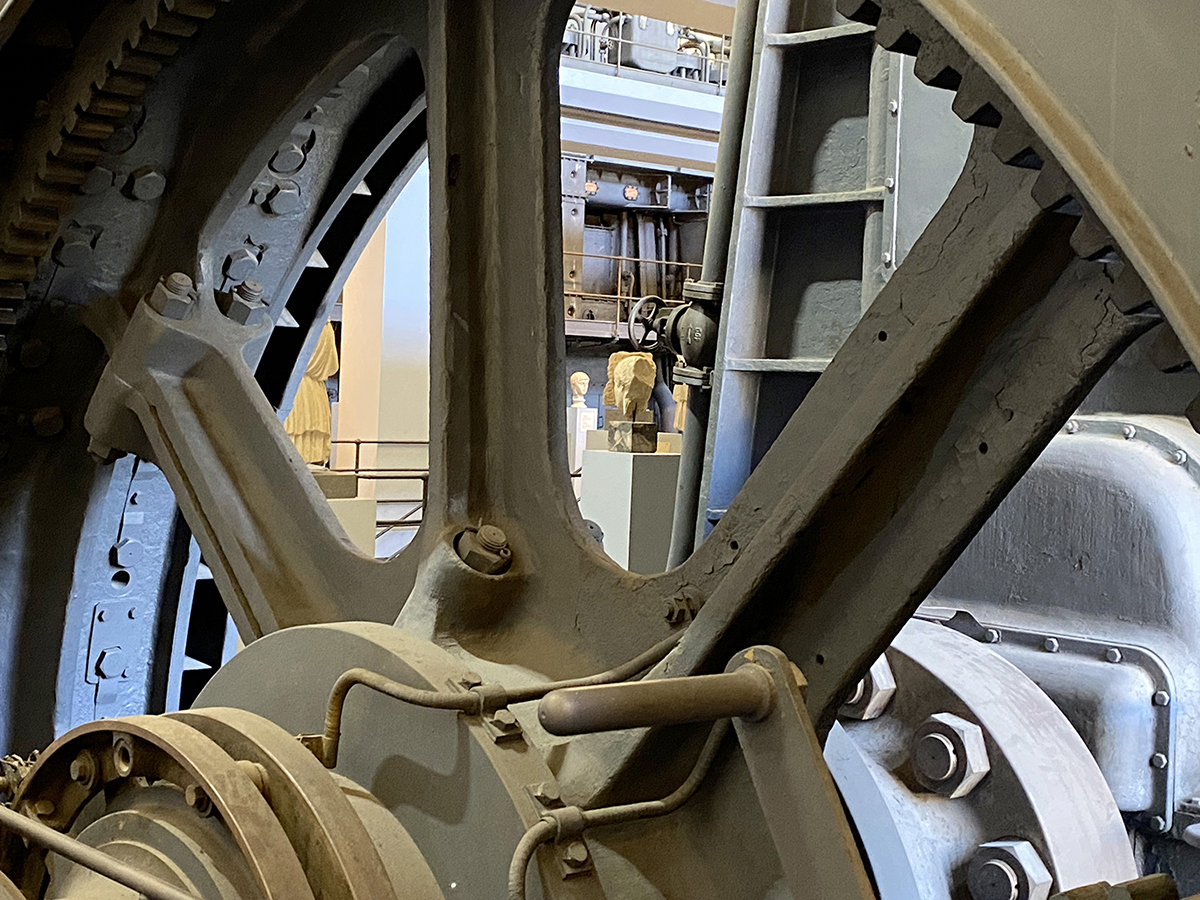 In the old power station of the Ostiense district, stands the Centrale Montemartini: a major archaeological museum that, among others, houses the Capitoline Museum's recent acquisitions.

But while almost everyone is aware of the beauty and importance of these museums, few are aware of the existence of the Centrale Montemartini, perhaps also because of their location.

The building represents a unique and different museum with a strong visual impact: imagining the ancient statues against the backdrop of an early nineteenth-century industrial building leaves the visitor breathless, providing a truly fascinating contrast. In fact, it even seems that some masterpieces of ancient sculpture, such as the cycle of statues that decorated the pediment of the temple of Apollo Sosianus, the colossal acrolith depicting the goddess Fortuna from Largo Argentina, and the pensive figure of the muse Polyhymnia, are exalted in this atmosphere that evokes, on the one hand, the monumental grandeur of ancient Rome, and on the other, a more recent past and the memory of one of the first Roman industrial environments. 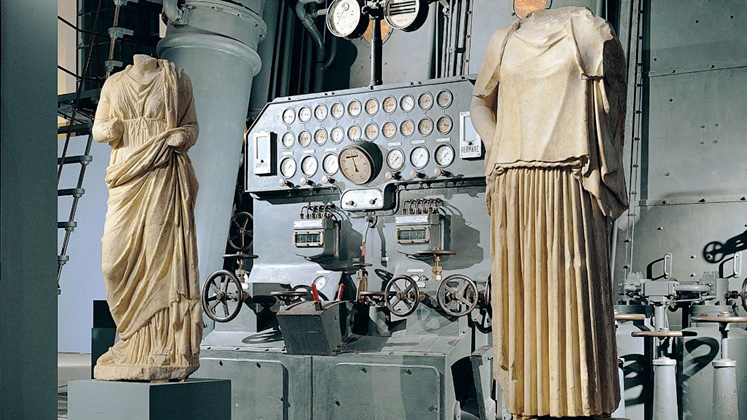 So, this is an extraordinary example of the conversion of an industrial archaeology building, previously used in Rome for electricity production, into a museum.

Established as the first public thermoelectric power plant, it was given its monumental appearance precisely to express the municipality's pride in being able to provide services to its citizens on its own. During the fascist period, it was considered so advanced that it aroused the interest of Benito Mussolini who, in 1933, travelled to the site to inaugurate

two gigantic diesel engines, which would support the energy consumption planned for the Great Universal Exhibition of 1942. In 1963, the production of electricity was stopped due to the now obsolete plant for which it was no longer economical to invest further resources.

The history of the museum began in 1997 with the temporary transfer of a selection of sculptures and archaeological finds from the Capitoline Museums to the power station. In fact, the Capitoline Superintendence for Cultural Heritage allowed the renovation of large areas of the Museums to proceed, without taking the works away from the public: the vast spaces of the Centrale Montemartini, punctuated by the gigantic surviving machinery, were considered more suitable than ever for experimenting with new museographical solutions.

'Contrasts between Machines and Gods' became the title of the inaugural exhibition opened to the public in October 1997, in which archaeology and industry coexist side by side, juxtaposed through a courageous layout in which the space is organised in such a way that the pre-existing objects and works of art remain intact and do not distort each other. 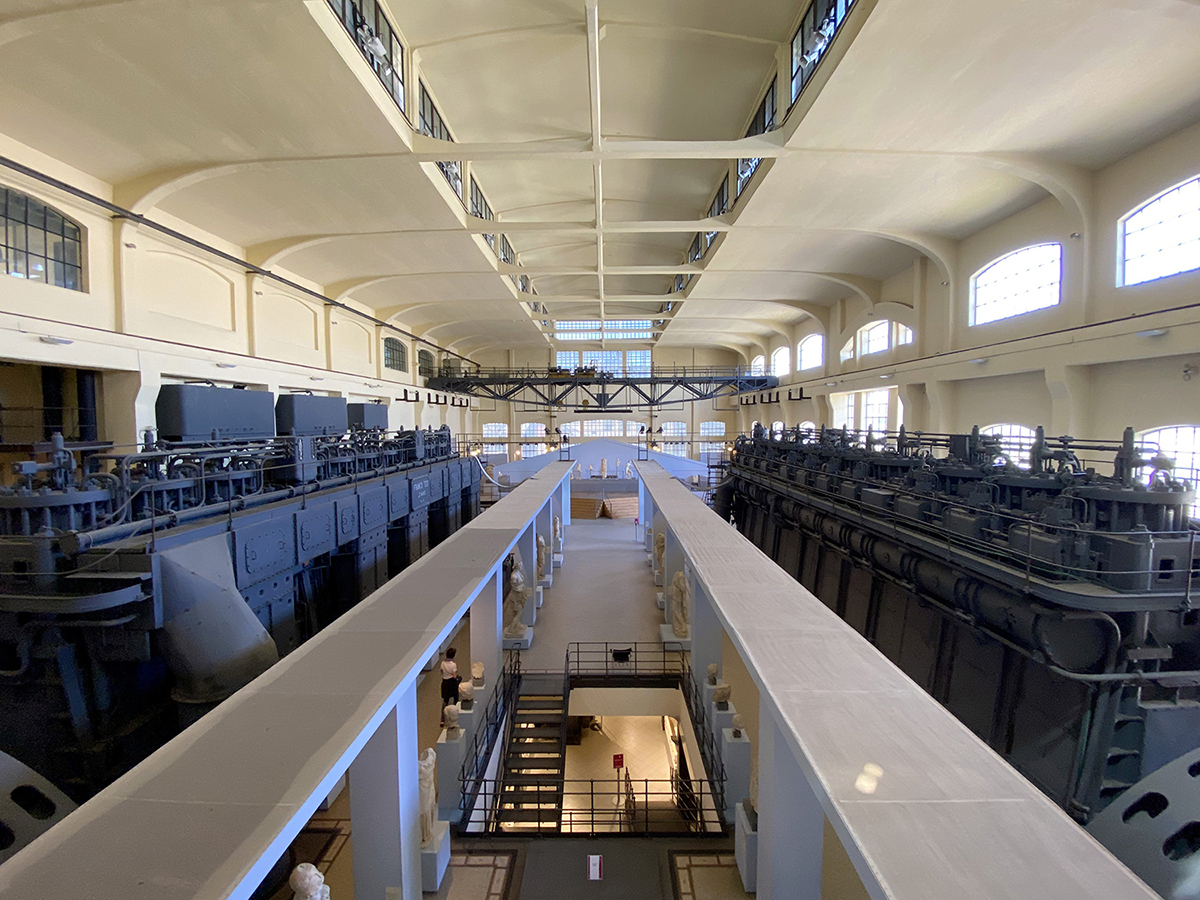