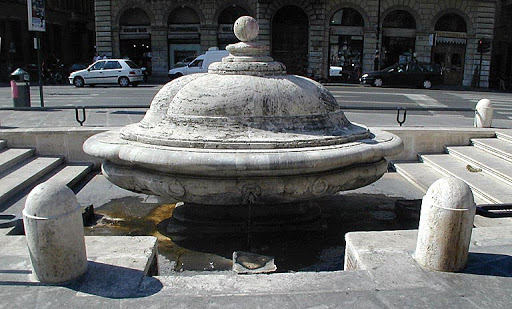 Along Corso Vittorio Emanuele II, in Piazza della Chiesa Nuova, there is a curious fountain known by romans as "La Zuppiera" or also "La Terrina". Like every corner of Rome, this fountain, originally located in Piazza Campo de' Fiori, has a curious story to tell.

The unusual construction was designed by Giacomo della Porta (1532-1602): the work was commissioned in 1581 by Pope Gregorio XIII Boncompagni (1501-1585), who died before seeing it completed. Designed for public necessity, if we observe it carefully, around the original lid we will find an inscription dating back to 1622, which, barely visible due to the time, says: "Love God and do not fail, do good and let it be said. MDCXXII", a phrase inspired by those condemned to gallows that stood in the historic Piazza di Campo de Fiori and a proof of how the Holy Inquisition was in force at that time.

The decision to add a lid was made to prevent that the market waste end up inside the fountain, since romans used it to wash fruits, vegetables, flowers or simply to keep them fresh, considering its central position in the market. It was at that time, with the addition of the lid, that the Roman people jokingly nicknamed the fountain "la Zuppiera".

It was removed in 1899 from Campo de’ Fiori, where a statue of Giordano Bruno was placed. Then, the fountain remained for some years in a municipal warehouse. After some difficulties, the original fountain was placed in the square in front of the Chiesa Nuova (whose real name is Santa Maria in Vallicella), while a copy without the "cover" was placed in Piazza Campo de' Fiori in 1924.

In conclusion, a truly unique fountain, which is definitely worth a visit if you are in the city center. 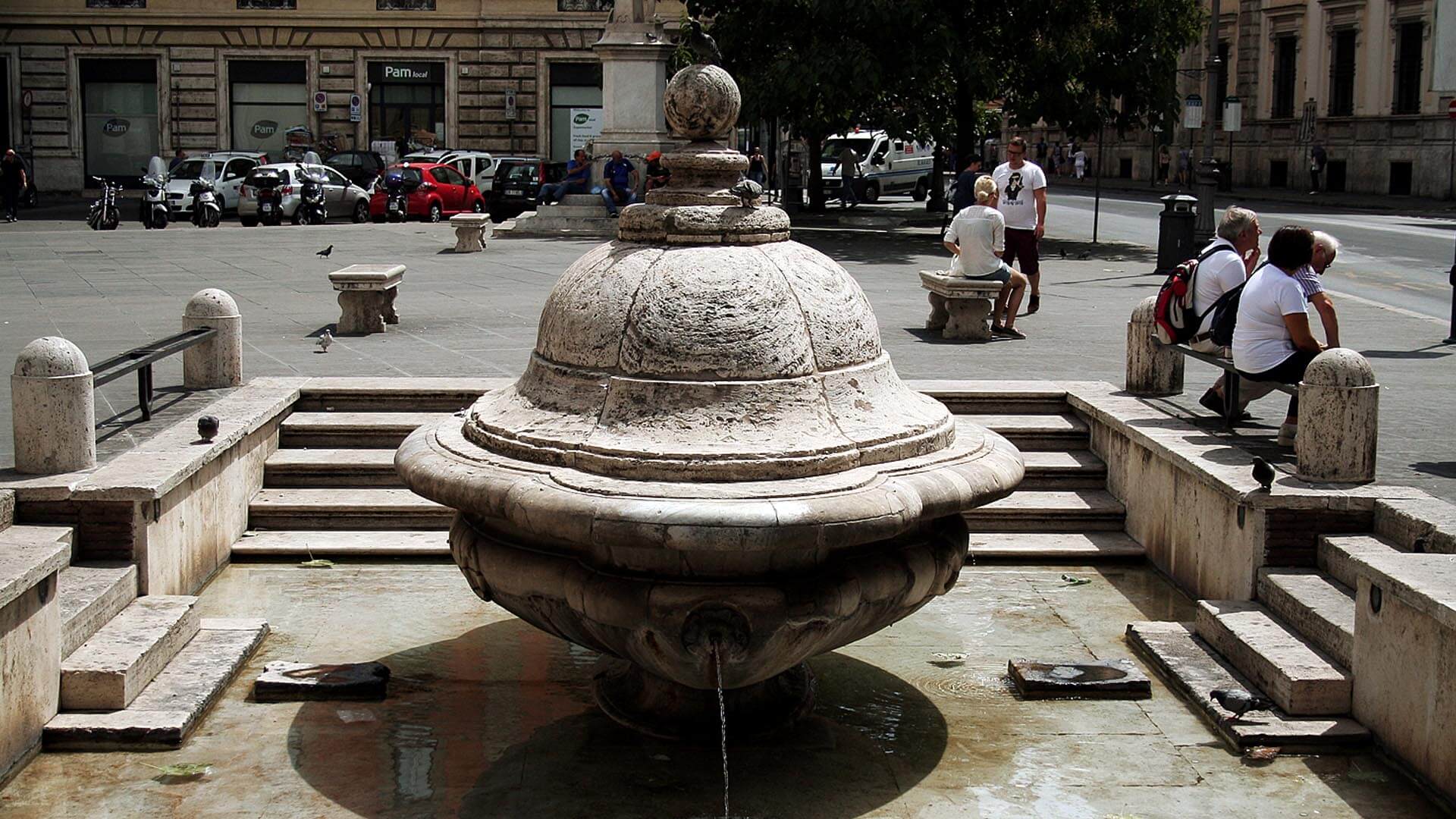