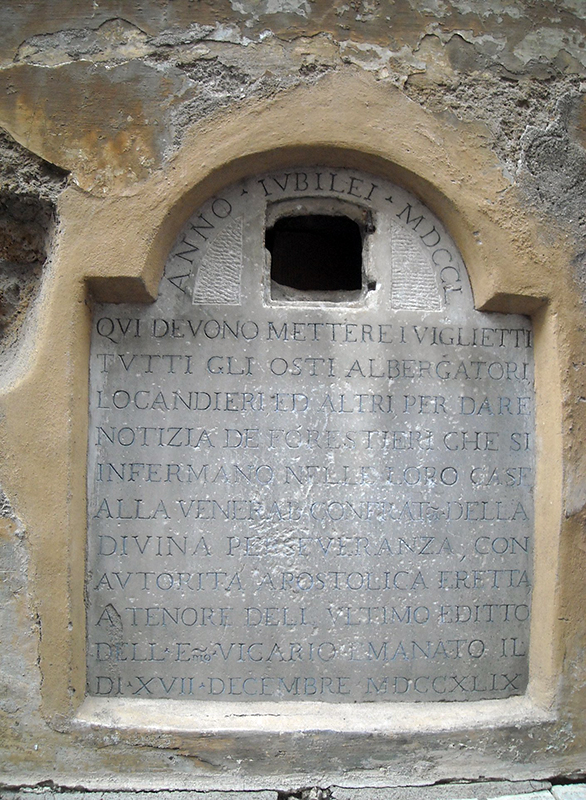 On the outside wall of the church of San Salvatore alle Coppelle, in Piazza delle Coppelle, in the Sant'Eustachio district, almost three hundred years ago a marble plaque with a small slit was placed. But… What was it for?

It was placed here on the 1750 Jubilee, because there was a massive influx of pilgrims to the Eternal City, estimated at more than one million.

This “snitch hole” – contrary to the name given to it – is not an open lock with which to spy inside a private room: the slit above the inscription served the function of a real letter box similar to a post box, made of marble with a plaque with instructions. It was built for hoteliers, and innkeepers, who had to make use of it by reporting strangers and sick pilgrims who found themselves on their premises, indicating their name and origin with a letter to be posted. According to the Roman authorities, thanks to these reports, the Archconfraternity of the Blessed Sacrament of Divine Perseverance would check names and presences to help and care for sick pilgrims.

The authorities imposed severe penalties on those who did not report immediately. The Romans immediately understood this to be an imposition to let the police know the names of the guests and to facilitate their surveillance. That is why the Romans called that box “Buca dello Spione”. The text reads: "HERE ALL HOTELIERS, INNKEEPERS AND OTHER GUESTS MUST PUT THE TICKETS TO GIVE NOTICE OF THE FORESTERS WHO ARE STAYING IN THEIR HOUSES AT THE VENERABLE CONFRATERNITY OF THE DIVINE PERSEVERANCE, WITH APOSTOLIC AUTHORITY ESTABLISHED IN ACCORDANCE WITH THE LAST ADDITION OF THE ECC.MOST VICARIAN ISSUED ON THE SEVENTEENTH DECEMBER MDCCXLIX".

Furthermore, from 1633, the church of San Salvatore alle Coppelle was the seat of the Confraternity of the Blessed Sacrament of Divine Perseverance, which provided assistance to pilgrims and strangers who fell ill in the inns, and then admitted them to one of the city's hospitals or warned their relatives and took custody of the personal effects of those who died. Thus, the confraternity's activity was in essence an activity of sanitary policing and public order control for the other - also as a guarantee for foreigners. 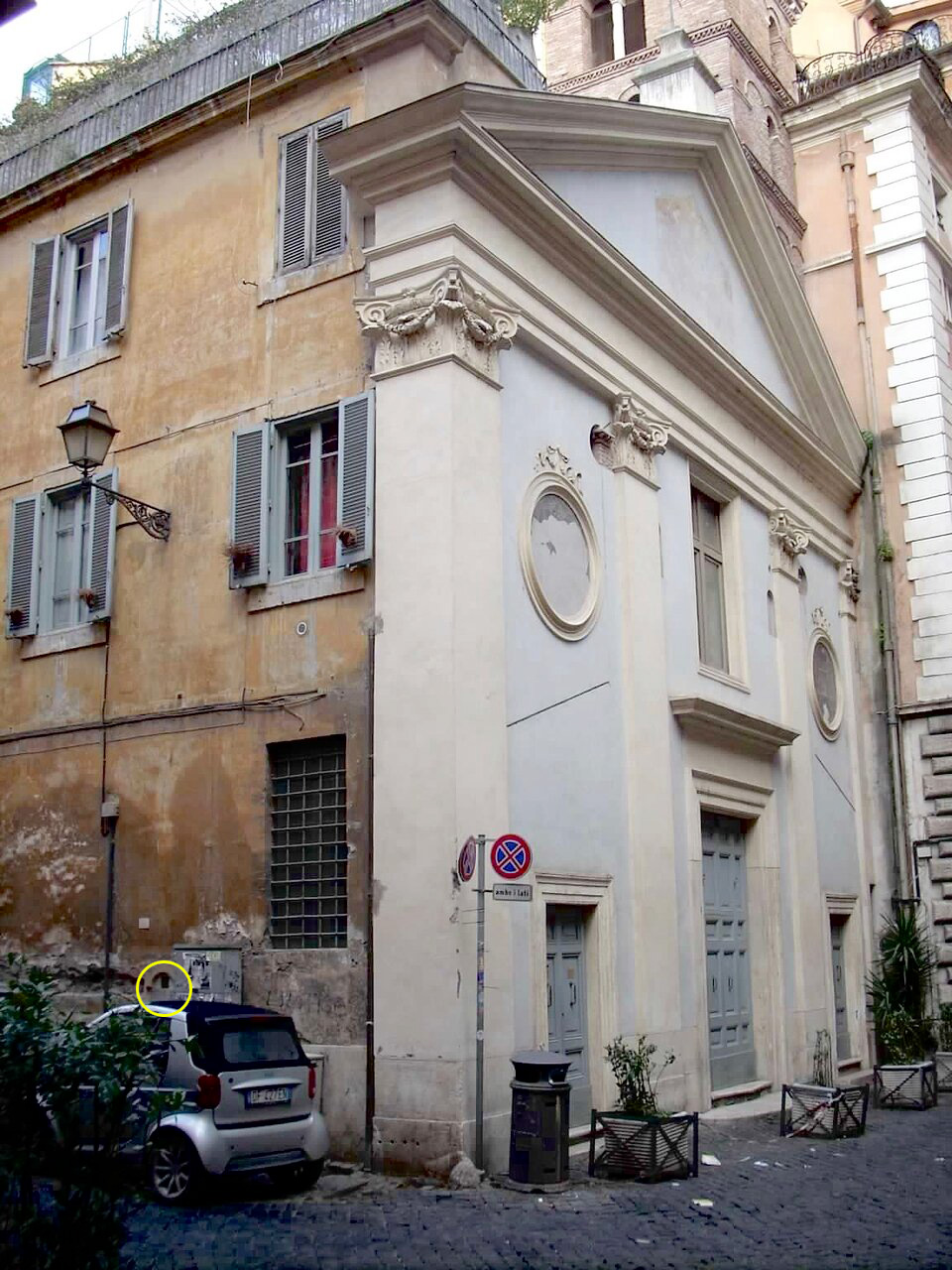