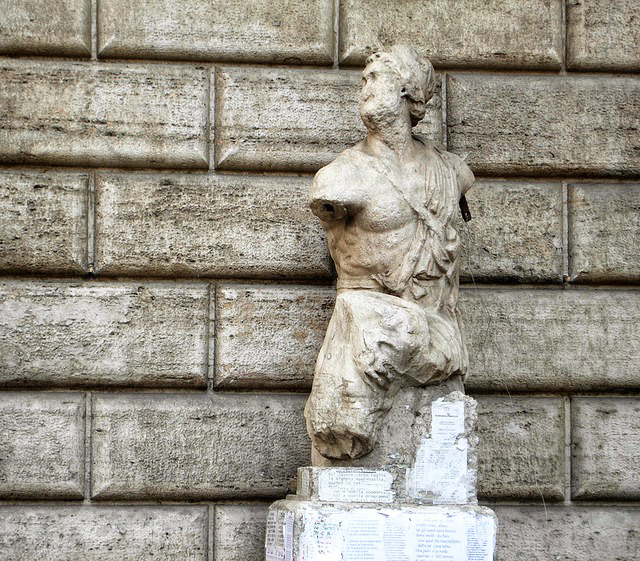 Originally placed in different parts of the Capital, the so-called “talking statues” are perhaps one of the best expressions of that all-Roman soul, inclined to satire and to irreverence. Their tradition was born in the pontifical period, when people began to hang signs with satirical writings around the neck of these sculptures.

If today the famous Pasquino is the only one surviving, in the past the list was longer and included statues that often gave their name to the streets where they were located (this is the case of Piazza di Pasquino).

Pasquino is a statue of the Hellenistic period (dating back to the third century BC): what remains today is actually a double fragment of two bodies, one of which probably depicting a Greek warrior. Originally, it seems that the statue, found in 1501 as a result of excavations, adorned the Stadium of Domitian, the actual Piazza Navona. As a result of the discovery, the statue was moved to the current position, that at the time was Piazza di Parione (which is also the name of the neighborhood).

The name itself of the statue is as mysterious as its origin. There are several hypotheses about it: the most accredited traces Pasquino in a well-known craftsman of the district (a barber or a tailor or a shoemaker), famous for his satirical vein. According to others, it would be a restaurateur who exhibited his verses in that square.

The “Pasquinate” that are the satirical placards and posters that were hung at night around the necks of the talking statues, began to appear in the papal period, as invectives against the representatives of the papal power. It was often the pope himself to be the target of the cruel Romanesque satires: not surprisingly more than one pontiff (Hadrian VI, Sixtus V and Clement VIII) attempted to remove the Pasquino statue.

Originally, the Pasquinate have been linked to papal power, but in modern times they were related to political and social events, with a breath sometimes international, sometimes local, addressed to the problems of the capital.

It is, in short, a very particular tradition, typically Roman, which deserves a visit even today. 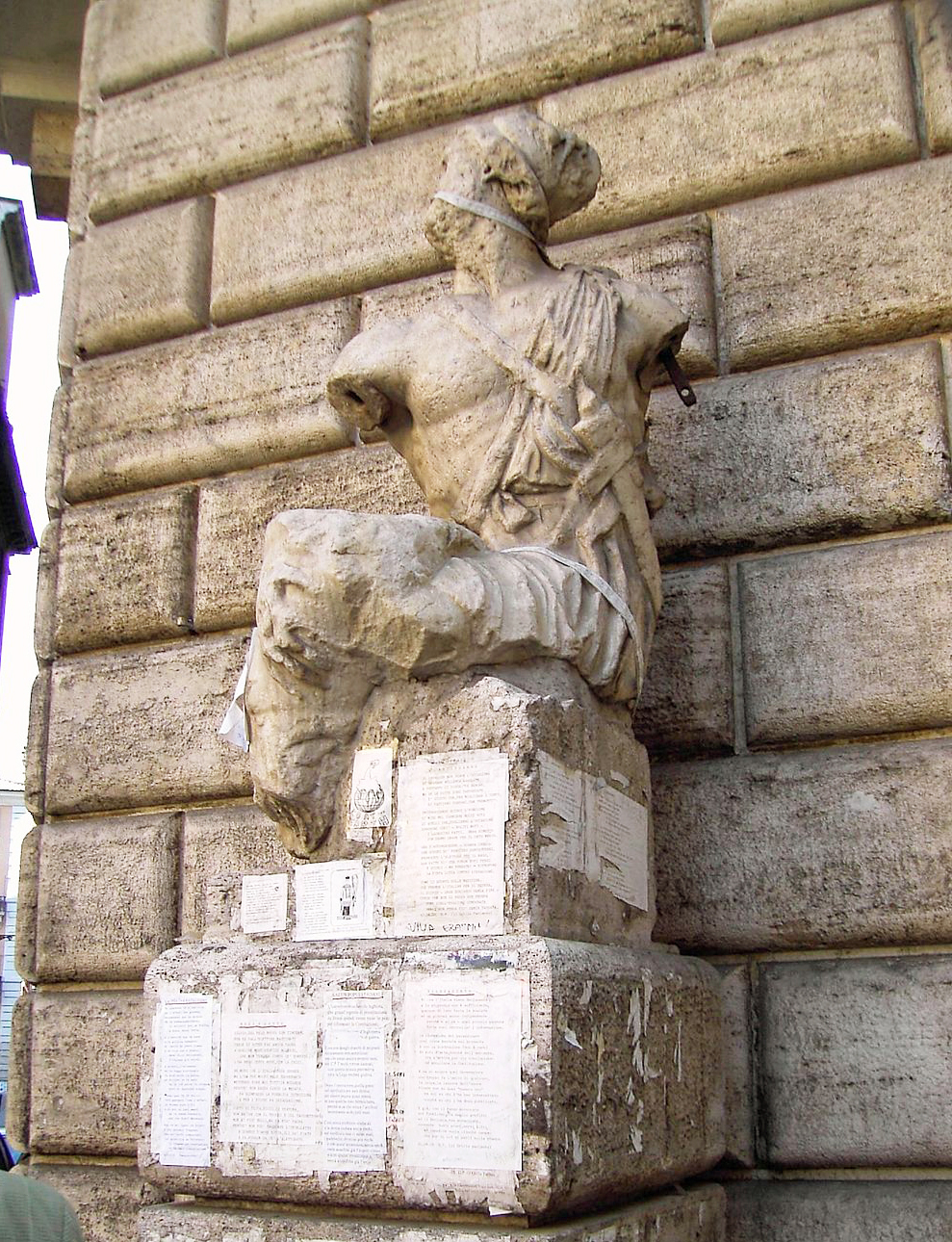 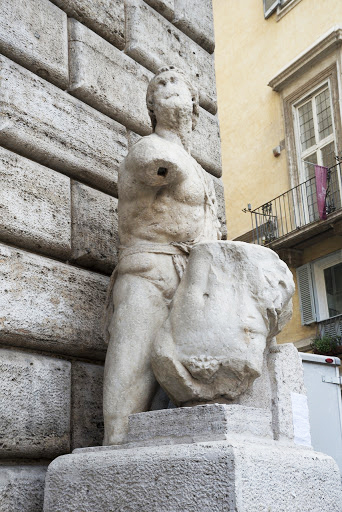